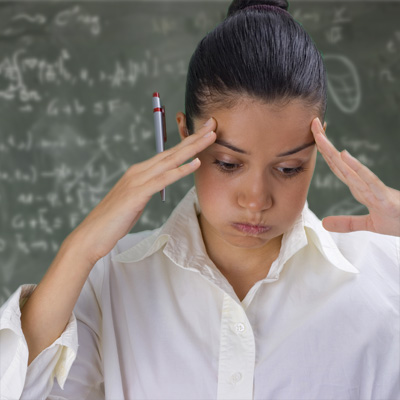 \(\)Instead of projecting the future merits of complex numbers, we will introduce them in an intuitive way. We draw a parallel to negative numbers that have been universally accepted around the same time. We start this writing with a review of concepts that should be evident. Nevertheless, I encourage you to read through them, as we build on these concepts while introducing complex numbers.

Arithmetic gives us tools to manipulate numbers. It allows us to transform one number into another using transformations such as negation, addition, subtraction, multiplication and division.

In first grade, we learned the concept of the number line and how numbers can be represented by vectors starting at \(0\). We visualized addition by putting these vectors head to tail, where the net length and direction is the answer. Soon thereafter, we learned how to subtract numbers by rotating the subtrahend (the value that you subtract) vector and then putting the head to tail. We will expand on this as we discuss negative numbers and imaginary numbers. Before we introduce such numbers, let’s also refresh on the concept of equations with squares and square roots.

Negative numbers have lingered around since 200 BC, but with mathematics based on geometrical ideas such as length and count, there was little place for negative numbers. After all, how can a pillar be less than nothing in height? How could you own something less than nothing? Even a hundred years after the invention of algebra in 1637, the answer to \(4=4x+20\) would be thought of as absurd as illustrated by the quotes:

Negative numbers darken the very whole doctrines of the equations and make dark of the things which are in their nature excessively obvious and simple.Francis Maseres, British mathematician (1757)

To really obtain an isolated negative quantity, it would be necessary to cut off an effective quantity from zero, to remove something of nothing: impossible operation.Lazare Carnot, French mathematician (1803)

Physical meaning has given way to algebraic use.

The English mathematician, John Wallis (1616 – 1703) is credited with giving meaning to negative numbers by inventing the number line. Even today, the number line helps students as they actively construct mathematical meaning, number sense and an understanding of number relationships. We learned to use negative numbers without a thinking about the thousands of years it took to develop the principle. You were probably introduced to the concepts of absolute value and direction through the geometric representation on this number line. With negative numbers so embedded in our mathematics, we accept the solution to \(3-5\) without a second thought. In general, we learned that the negative symbol represents the “opposite” of a number. To change the sign of a number, we rotate its vector 180 degrees (\(\pi\)) around the point \(0\). We will extend on this important concept as we introduce imaginary numbers.

First off, imaginary numbers are called such because for a long time they were poorly understood and regarded by some as fictitious. Even Euler, who used them extensively, once wrote:

Because all conceivable numbers are either greater than zero or less than 0 or equal to 0, then it is clear that the square roots of negative numbers cannot be included among the possible numbers [real numbers]. Consequently we must say that these are impossible numbers. And this circumstance leads us to the concept of such number, which by their nature are impossible, and ordinarily are called imaginary or fancied numbers, because they exist only in imagination.Leonhard Euler, Swiss mathematician and physicist, Introduction to Algebra pg.594

Around the same time that mathematicians were struggling with the concept of negative numbers, they also came across square roots of negative numbers. Girolamo Cardano, an Italian mathematician who published the solution to cubic and quartic equations, studied a problem that in modern algebra would be expressed as \(x^2-10x+40=0\,\land\,y=10-x\)

Find two numbers whose sum is equal to 10 and whose product is equal to 40.Translation of Ars Magna chapter 37, pg 219 (1545) by Girolamo Cardano

Cardano states that it is impossible to find the two numbers. Nonetheless, he says, we will proceed. He goes on to provide two objects that satisfy the given condition. Cardano found a sensible answer by working through his algorithm, but he called these numbers “ficticious” because not only did they disappear during the calculation, but they did not seem to have any real meaning.

This subtlety results from arithmetic of which this final point is as I have said as subtle as it is useless.Translation of Ars Magna chapter 37, pg 219 (1545) by Girolamo Cardano

What is the meaning of this mysterious value \(i\)? The first rotation turned \(1\) into \(i\), so the rotation is a visualization of multiplying with \(i\). Rotating \(i\) once more turns \(i\) into \(-1\). Substituting \(x=i\) in \(\eqref{eq:1tomin1}\) implies that \(i\times i=-1\) or written as $$ \shaded{i^2=-1} $$ By introducing an axis perpendicular to the number line, we have extended or number space to a two dimensional plane called \(\mathbb{C}\). This \(\mathbb{C}\)-plane includes the real numbers from the real number line, along with imaginary numbers on the \(i\)-axis and every combination thereof. We call this new number set “Complex Numbers“.

By introducing \(i\), we have added a dimension to the number line. With that come three new notation forms that each have their own use case. We will express the complex number \(z\) as shown below in these forms.

Euler’s formula was introduced in a separate write-up as

My follow-up article Complex Functions introduces functions that operate on complex numbers. Such functions include addition, subtraction, multiplication to the most obscure trigonometry functions. We will use the \(\mathbb{C}\)-plane extensively as we explore electronics and domain transforms. From here on

we will refer to the imaginary unit as “\(j\)”, to avoid confusion with electronics where the variable \(i\) is already used for electrical current.

The same Leonard Euler that once said these numbers “only exist in our imagination” also used imaginary numbers to unite trigonometry and analysis in his most beautiful formula.