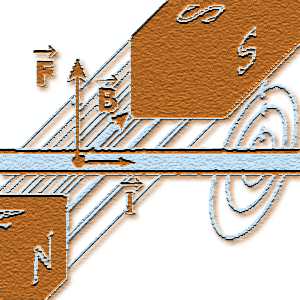 video of experiments we did

Magnetism is caused by moving charged electrical particles (Faraday, 1830s). These particles can be the current of electrons through an electric wire, or the movement of charged particles (protons and electrons) within an atom. These charged particles move much like planets in a solar system:

Spinning electrons generate the bulk of the magnetism in an atom. 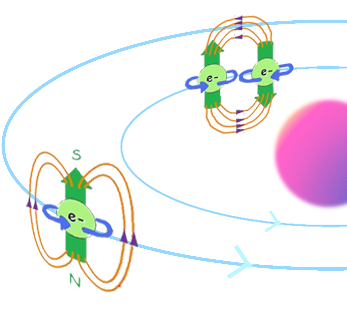 The electron configuration in an atom determines a the magnetic characteristics:

The magnetic field (B) is very strong at the poles and weakens as the distance to the poles increases.

A magnetic field line (Faraday) is a theoretical line that loops through the north pole of a magnet, passing through surrounding space, enter the south pole and going through the magnet back to the north pole. A higher density of nearby field lines indicates a stronger magnetic field. Field lines are a visual and conceptual aid only and are no more real than the contour lines (constant altitude) on a topographic map.

A compass is tiny magnet balanced on a pivot. It will rotate to point toward the opposite pole of a magnet.

Experiment: suspend a magnet from a string. It will align with the earth’s magnetic field, so that its S-pole points to the Earth’s N-pole.

A material that is attracted by a magnet becomes a magnet itself. 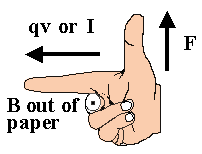 Experiment, wire in between two poles demo as part of the lecture Magnetic field and Lorentz Force, MIT.

Eddy currents. Two equal masses slide down two identical aluminum tubes. Since one of the masses is magnetic it will induce eddy currents according to Lenz’ Law. This damps the motion of the mass causing the magnetic mass to take much longer to fall through the tube

How voltage is produced: http://www.tpub.com/neets/book1/chapter1/1k.htm

One Reply to “Electromagnetism Inquiry”