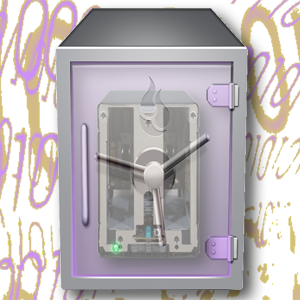 After many years of faithful service, it was time to replace my backup server.  I settled on a D-Link DNS-321 with a Western Digital Samsung 2 TByte hard disk for a mere $200.

The D-Link DNS-321 (or its cousins DNS-323 and CH3SNAS) is marketed as a Network Attached Storage (NAS) solution.  It features two drive bays, a little ARM processor, 64 MByte of memory and a GigE interface.  There is an active support community for tweaking this box at the wiki [dead link to dns323.kood.org] and the forum dsmg600.info.

This NAS will be reshaped to serve as a backup server for the Linux and Windows machines around my house and my web hosting service.  My requirements:

This document describes how to make the DNS-321 a full fledged Linux server.  It continues by reviewing several popular backup tools and their configuration.

Under the hood, the DNS-321 runs Linux and is very easy to expand.  It almost begs to be used as a plain Linux box.  So that is what we will do, but first things first: we need to configure the box and format the hard drives.

If you are using an advanced format drive (4k sectors) such as the Western Digital EARS, you need to manually partition as described in this article.

Get the DNS-321 up and running with a hard disk in the right bay.

The boot sequence is:

This allows the boot sequence to continue:

Out of the box, Fonz’ fun_plug (ffp) has a Telnet daemon enabled with no password.  The first time you install the fun_plug it will take about 5 minutes before the telnetd is up.  Use this service to access the box, and set the root password.

The backup will run as user backup.

For some odd reason, the NAS boot sequence resets some of home directories in /etc/passwd.  I work around this using a little script /ffp/start/fixhomes.sh.  Remember to give the script execute permissions (chmod +x).

In case you are going to use rsync authentication on the client, store the rsync password to the clients in a file

Install whatever pre-compiled packages that we can get our hands on.

Now that the box has the usual Linux bells and whistles, it is time to start sifting through the magnitude of backup solutions. The table below shows how each tool scores against our requirements.

The remainder of this document describes the installation and configuration of these backup tools. In doing so, it refers to the following machines:

Choosing the ideal backup tool depends on your requirements. For what it is worth, I am still using my backup-using-rsync.  I could further polish backup-using-rsync, but I only write bash and perl scripts to create solutions; it is not my passion.

This article describes my old but proven script.  Detailed descriptions of alternate methods can be found in  Automated backup using D-Link DNS-321 details.

My old but proven script, backup-using-rsync

Many years ago, I stumbled across Art Muler’s snapback script. At the time, my backup solution lacked a bash shell, so I massaged the script to run under ash. I also extended the snapshot rotation mechanism, and made it more robust to interrupted backups. Like so many other tools, it uses “snapshot”-style backups with hard links to create the illusion of multiple, full backups without much of the space or processing overhead.

Create some place holders for the scripts and configuration files.

From the backup account, create /ffp/bin/backup-using-rsync, and give it execute-permissions (chmod 755)

Create an other configuration file: /ffp/etc/backup/ws.vonk/settings

The bash script relies on syslog to communicate with the outside world. Enable syslog deamon. The syslog server configuration is described further down.

This section is for the people that want to manually create the partitions:

A word on inodes: the number of inodes on a ext3 f/s can only be changed by reformatting the partition. Old daily and weekly backups use an inode for each file, even when they are pointing to identical files. For example, if the systems that are being backed up have an average file size of 7 MByte; the backup device has a 2 TByte disk and keeps 7 daily and 3 weekly backups, then you need about 2T/7M*(7+3-1), almost 3M inodes. That corresponds to about 800,000 bytes/inode. Note that GPT partitions are not supported by the kernel version.

Install on the client

Install rsyncd on the client system as described in “Prepare the client::rsyncd” earlier in this document.

Run some tests, and start a backup

Create the file /ffp/start/backup.sh and give it execute permission. Add the backup to the crontab when the DNS-321 reboots.

This time add the backup to crontab by hand

I recently made some changes to backup-using-rsync to use Rsync over SSH for remote sites. This is what I use to backup my web site. On the web site itself I use a script to dump the databases to file so that they become part of this backup.

We will use logwatch as included in the Fedora distribution.  Logwatch is set up to run once a day and generates a single email gathering the backup log analysis. To allow logwatch to check backup-using-rsync logs running on a Fedora (or other Linux system) you need to install this script & conf file.

On the syslog server, define which log files should be analyzed (vi /etc/logwatch/conf/logfiles/backup.conf)

On the syslog server, define the service (vi /etc/logwatch/conf/services/backup.conf).

On the syslog server, create the logwatch script (vi /etc/logwatch/scripts/services/backup), and give it execute permission.

On the syslog server, make sure that sendmail forwards to your mail provider.  See this document for forwarding to gmail.

On the syslog server, try the logwatch report

On the syslog server, schedule a cronjob to execute logwatch for this service (as root, crontab -e)

MS Windows does not include native versions of the popular rsync, rsyncd or ssh. Depending on the backup tool used, we will have to install or or more of these programs. The backup tool installation notes (further down) will tell you what programs are needed on the client computer

Rsyncd deamon runs as a service on the client and waits for the backup server to connect. I like to use it for the initial backup, because it is about three times as fast as rsync-over-ssh. The weak authentication and lack of encryption however makes it unsuitable for backing up remote systems.

Remember to disable the rsyncd when you switch over to the secure rsync/ssh (right-click Computer > manage > Services and Applications > Services > RsyncServer, stop and disable.

Create a secrets file (notepad “C:\Program Files (x86)\rsyncd\rsyncd.secrets”). Not exactly a germ in authentication, but beats a total lack of authentication.

Configure rsyncd (notepad “C:\Program Files (x86)\rsyncd\rsyncd.conf”). For full restores, I like to have the option of a writable directory on the client. When using cwRsyncServer, you will need to prepare to allow the service to write to this directory (Start > cwRsyncServer > Prepare a Dir for Upload).

A far more secure approach is to run rsync over a ssh-encrypted tunnel. The sshd deamon runs as a service on the client and awaits connections from the backup server. Authentication will use public key authentication. From there on, rsync will communicate over the ssh tunnel.

Copy the public key to the client

Another approach is to run rdiff-backup over a ssh-encrypted tunnel. Again, the sshd deamon waits for the server to connect, and will authenticate using a public key. But in this case rdiff-backup communicate with its peer over the ssh tunnel.

Copy the public key to the client